Korean
Struggling with painful sexual intercourse? Contact us for help.

The clitoris is the female’s organ of sexual arousal.  We can only see its tip – glans clitoris – which is situated above the urethral and vaginal openings.  In other words, the clitoris IS NOT inside the vagina, a common misconception.

The clitoris is shaped like a wishbone with its ‘legs’ (right crus + left crus = crura) extending down on either side of the vagina and containing spongy tissue (corpus cavernosum) that engorges with blood upon arousal, similar to penile erection.  The skin fold covering the glans clitoris – clitoral hood, or prepuce – is the female’s analog to the male’s foreskin.  See the illustration below for details.

Women need clitoral stimulation for sexual arousal, may it be by

Many do not realize that, unlike the vagina, the clitoris is not self-lubricating and thus is prone to chafing irritations upon prolonged contact (the saliva during oral sex will usually provide sufficient lubrication).  We have seen patients who got so irritated that they began experiencing painful intercourse because of it.

So, ladies — do not hesitate to apply lubricant (flavored?) to the clitoris, especially if you are prone to irritations! 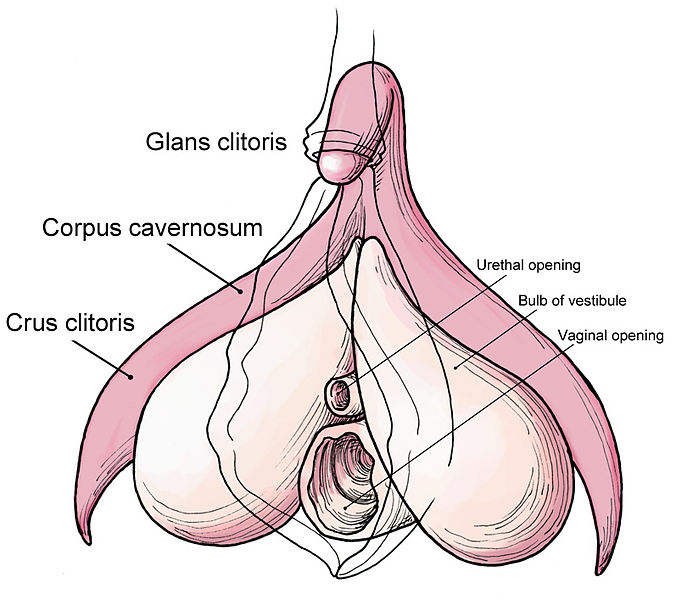