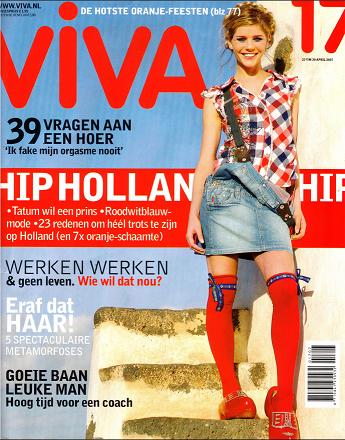 “I always thought of my vagina as this dirty thing”, says 33 year-old Joyce. For years she had been suffering from vaginismus – the condition where sex is never a pleasure, and always a burden. It took her three years to first sleep with her current boyfriend. As Joyce says: “I had my first real boyfriend at the age of 18. It was all nice and cute, but sex was a plain disaster. I cramped up all the time. It hurt so much that over the next ten years I banned all boys out of my life – and especially out of my bed.”

The cure seems easy enough: vaginismus triggers a contraction of the vaginal muscles in such a way, that the moment something approaches the vagina, it just locks up. So just don’t do that, one could say. But it’s not that simple. It’s an involuntary reaction. Women don’t have control over the muscles that stand in the way of a satisfying sex life. Besides, it’s not always clear what causes the condition. It varies from case to case – and from woman to woman. It could be related to unpleasant sexual experiences in the past or painful internal examinations, or to an upbringing in which sex was viewed upon as something dirty or taboo, religiously driven or not.

But here it comes: you don’t have to cure the underlying reason for vaginismus, in order to cure the condition, as Joyce knows, by now. Not being happy living a life without sex, she starts treatment with a sexologist in Holland, her home country. And here the digging in her past starts. “It could well be that the cause for my vaginismus lies in my past. My parents separated when I was 12 years old, at the brink of my adolescence and sexual development. My mother hated my father and I don’t think that contributed much in me having a positive view on men in general. But all that talk and counseling didn’t bring me any closer to a cure. I remained locked up.”

Five years ago, Joyce met her current boyfriend. “We had sex alright, but without the penetration. He told me very sweetly: “Something’s missing, but nothing’s lacking.” But by the end of last year, the wish to cure her condition once and for all became very prominent. “We want to have children and well, you have to be able to penetrate when you want to conceive in a natural way, that is.”

Searching the Internet she stumbled upon the Women’s Therapy Centre in the USA, “The Mecca for women with vaginismus, as far as I’m concerned.”

And Joyce continues: “Together with my boyfriend, I spend two weeks there, being treated and coached by two fantastic women. No questions about my past. They didn’t care what caused my blockade; they just cared about removing it. To put it bluntly: I had to get used to the idea that fucking is just as normal as picking your nose.”

That was on a Tuesday. I remember it vividly: I was 32 years old and having intercourse for the first time in my life, absolutely pain free. I just couldn’t stop laughing. Is this all? Is this what I was so worried about all those years?”

Joyce can now honestly say that she enjoys having sex. “My self esteem has grown immensely. I even walk straighter up now. Hello world, here I am! I’d always felt less of a woman. But not anymore! And my vagina? Well, it’s quite alright if I say so myself.”

More information on Joyce’s treatment in the USA, explore our website.
This therapy (including travel, lodging & expenses) cost Joyce about 10.000 Euro. It’s not covered by insurance, but can be tax deductible.

Receive updates from the Women's Therapy Center blog in your inbox.