Our former patient, Tasniya, wanted to educating women about vaginismus, even if it meant sharing her intimate journey with the public.

Umm Zakiyyah, a well-known author, embraced Tasniya’s mission and featured it in a just-published 2-part interview.

Thank you, Tasniya!  We are touched by your bravery and dedication, and we know that your story will help many women throughout the world.

You may also watch Tasniya’s video: 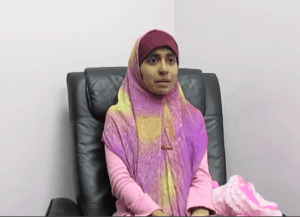 VIDEO: Tasniya, a Muslim woman, tells about her vaginismus

Receive updates from the Women's Therapy Center blog in your inbox.